Beacon of hope, harbor for all.

UUCR Mission Statement – We respect and honor one another as we work for social, racial, economic, and environmental justice.

Our Vision – UUCR is a beacon of hope and a harbor for all who value wisdom found in every faith tradition and every person’s spiritual truth.

Although the two movements had many differences, they came together to form a stronger movement to impact the world. As the (Unitarian) protestant reformer Francis David once said “we need not think alike to love alike.” Since the merger into a single denomination, inclusion has become one of the most important values within the Unitarian Universalist church.

We believe that one of the most important affirmations of faith is to respect the inherent dignity and worth of all people. Today, Unitarian Universalist churches often include not only Christians, but count people connected to Judaism, Buddhism, Islam, Taoism, humanism, and agnostic seekers amongst its members. Unitarian Universalist churches welcome people of all races, ages, places, and sexual orientations into their membership and leadership.

Are you a Unitarian Universalist?

Are you a Unitarian Universalist? Click here for a brief quiz.

Who Are Unitarian Universalists?

Our religious tradition originated out of Christianity. However, we now define ourselves more inclusively, celebrating a wide variety of religious traditions and perspectives. Our religious philosophy is grounded in an affirmation of the worth and dignity of all human beings and a belief that life should be celebrated as a sacred gift.

We trust people’s ability to determine their own faith, and we believe people should be encouraged to think for themselves. This freedom of belief is a basic principle of Unitarian Universalism. We do not require assent to any creed or statement of faith before a person can join us.


“Religion” is commonly defined among us as that which unites human beings and gives meaning to our lives. We honor the importance of community and celebrate the redeeming power of a relationships. Indeed it is in the midst of relationships with each other and the wonders of the natural world that most of us have experienced “The Sacred.” One does not hear the word “God” in our midst as often as in other religious communities because our opinions about theology radically differ. Some believe in a supreme being or power. Others take an agnostic or non-theist perspective of existence. Yet all of us find common ground around a more “humanistic” search for meaning, beauty, justice, and joy. It is this search that unites us and motivates our journey together.

The Unitarian Universalist Church of Roanoke (UUCR) has been a center of progressive faith in the Roanoke Valley for over 50 years. The members strive to practice their faith by being a force for good in the world.

UUCR is a growing congregation. We are a diverse group representing different age groups, ethnic and religious backgrounds, and sexual orientations. Singles, couples, and families have found a place where they can share common values and interests and find lifelong friendships.

We’re committed to engaging and connecting with one another and others, believing that together we can make a difference in people’s lives. Through joining in worship, fellowship, and acts of service, we strive to make justice, hope, and love known in the Roanoke Valley and beyond.

Our congregation is open and welcoming to anyone wishing for a safe place to explore their spirituality at their own pace. 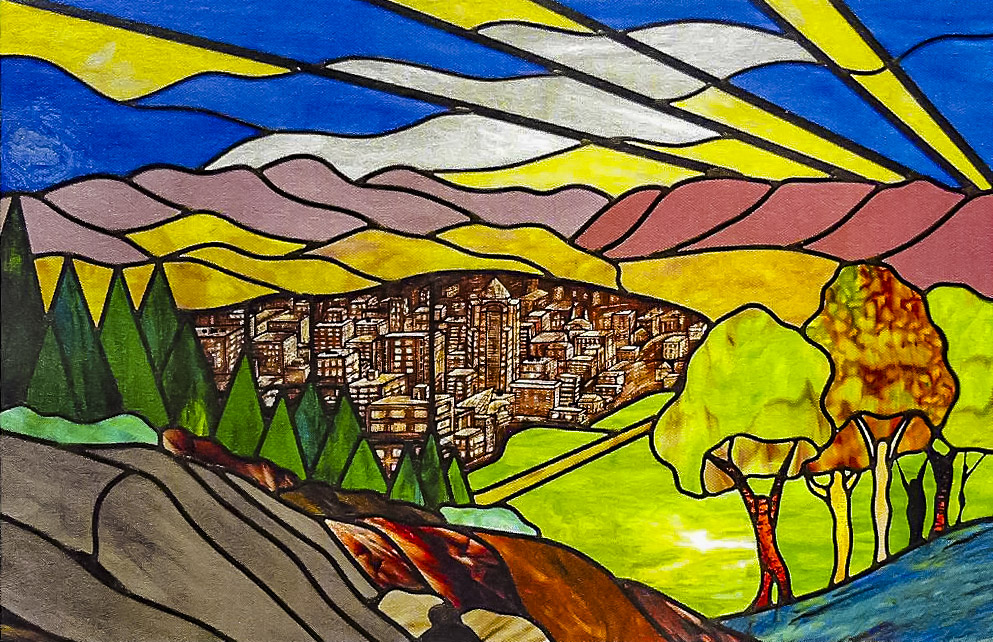 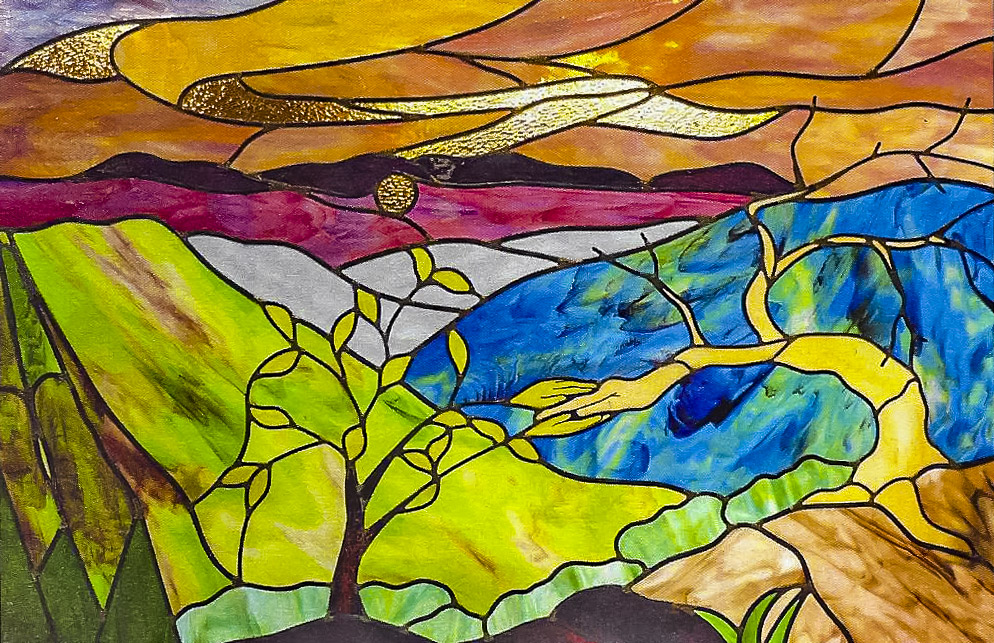 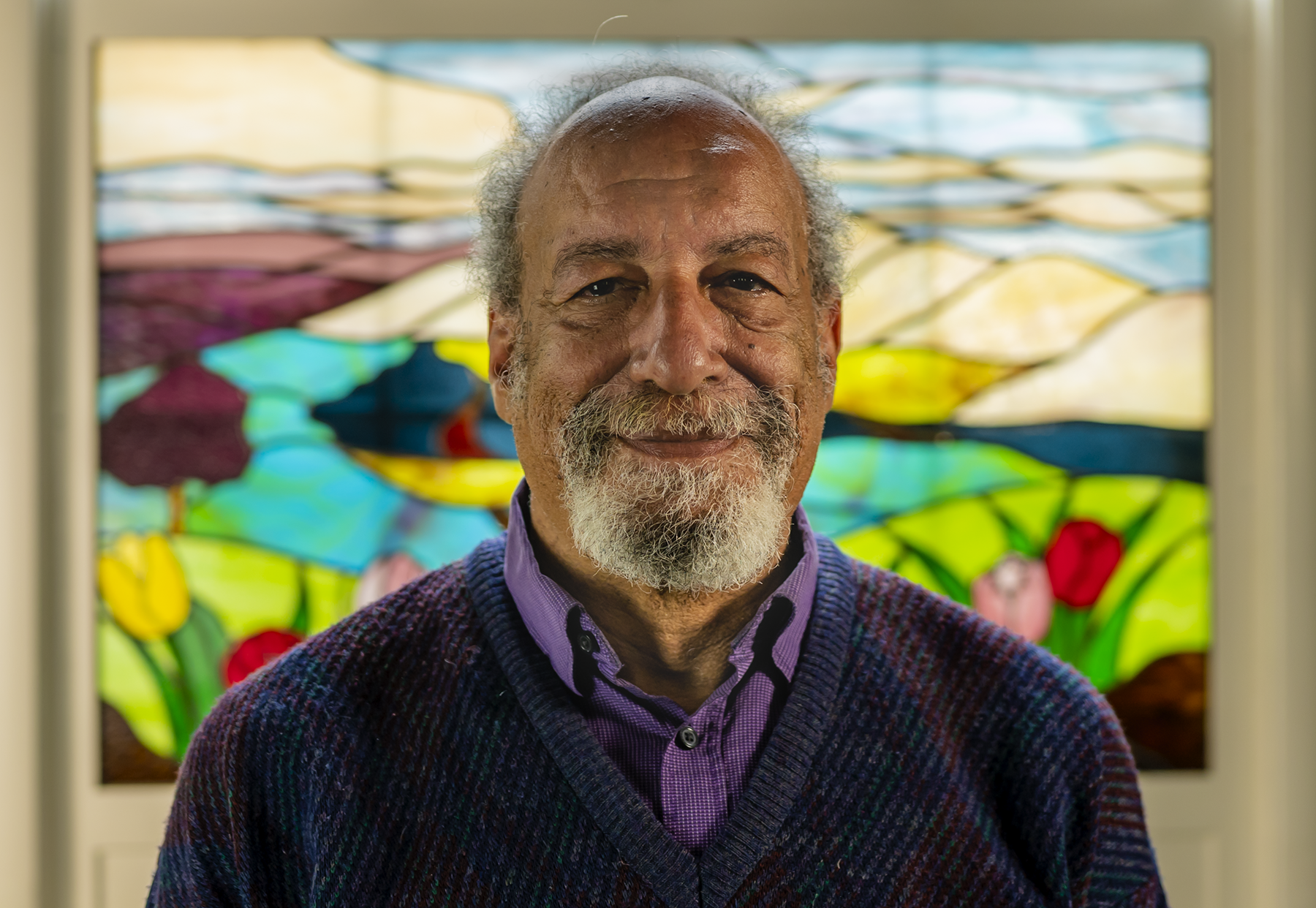 Rev. Walter and his wife Yvette relocated to Roanoke from Poughkeepsie, NY, where he served as minister to the UU Fellowship of Poughkeepsie from 2011 – 2019. He serves on the Board of Trustees for the Unitarian-Universalist Ministers Association (UUMA), and he co-chaired the UUMA’s Committee on Anti-Racism, Anti-Oppression, and Multiculturalism in 2016. He holds a Master in Divinity from Andover Newton Theological School. Rev. Walter explains that his call to serve as the Developmental Minister at UUCR came about because he was “looking for a congregation that I can genuinely partner with and can more fully utilize my interests, skills, competencies and vision for Unitarian Universalism. I want to work with a congregation that is interested in deepening a sense of community and more fully living into our covenant/principles.” 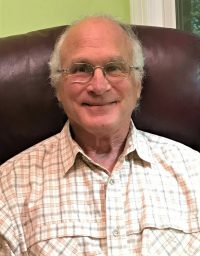 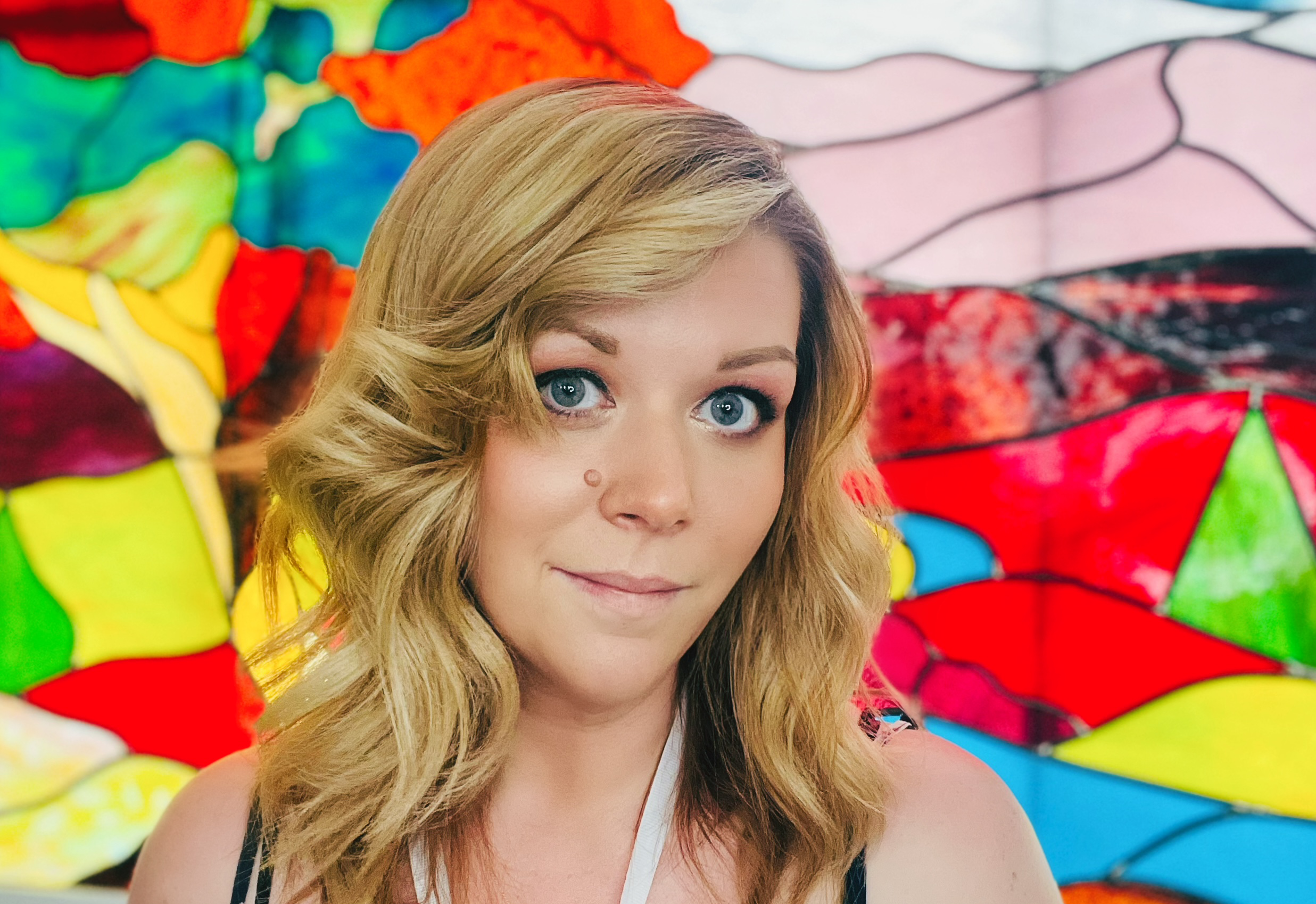 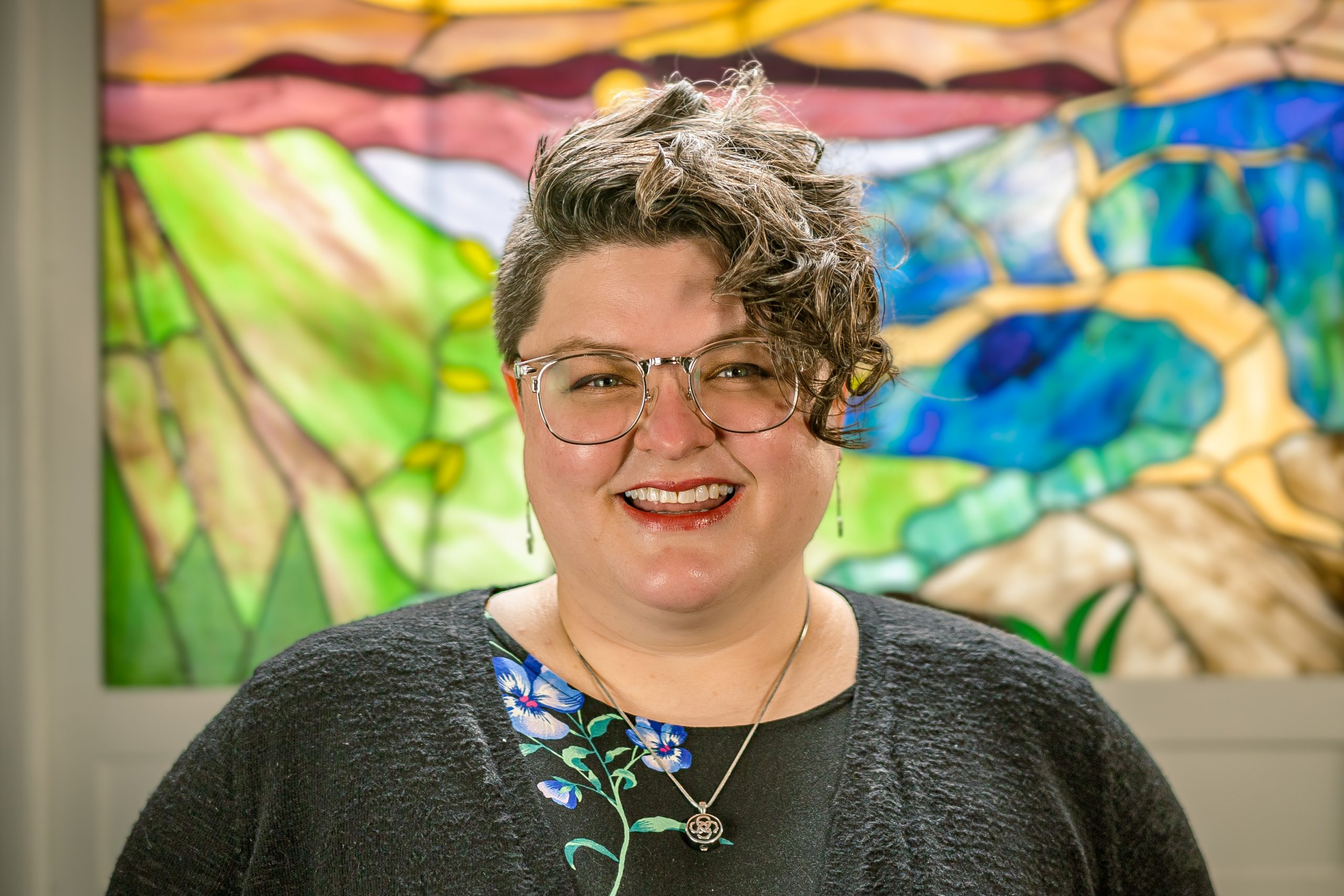 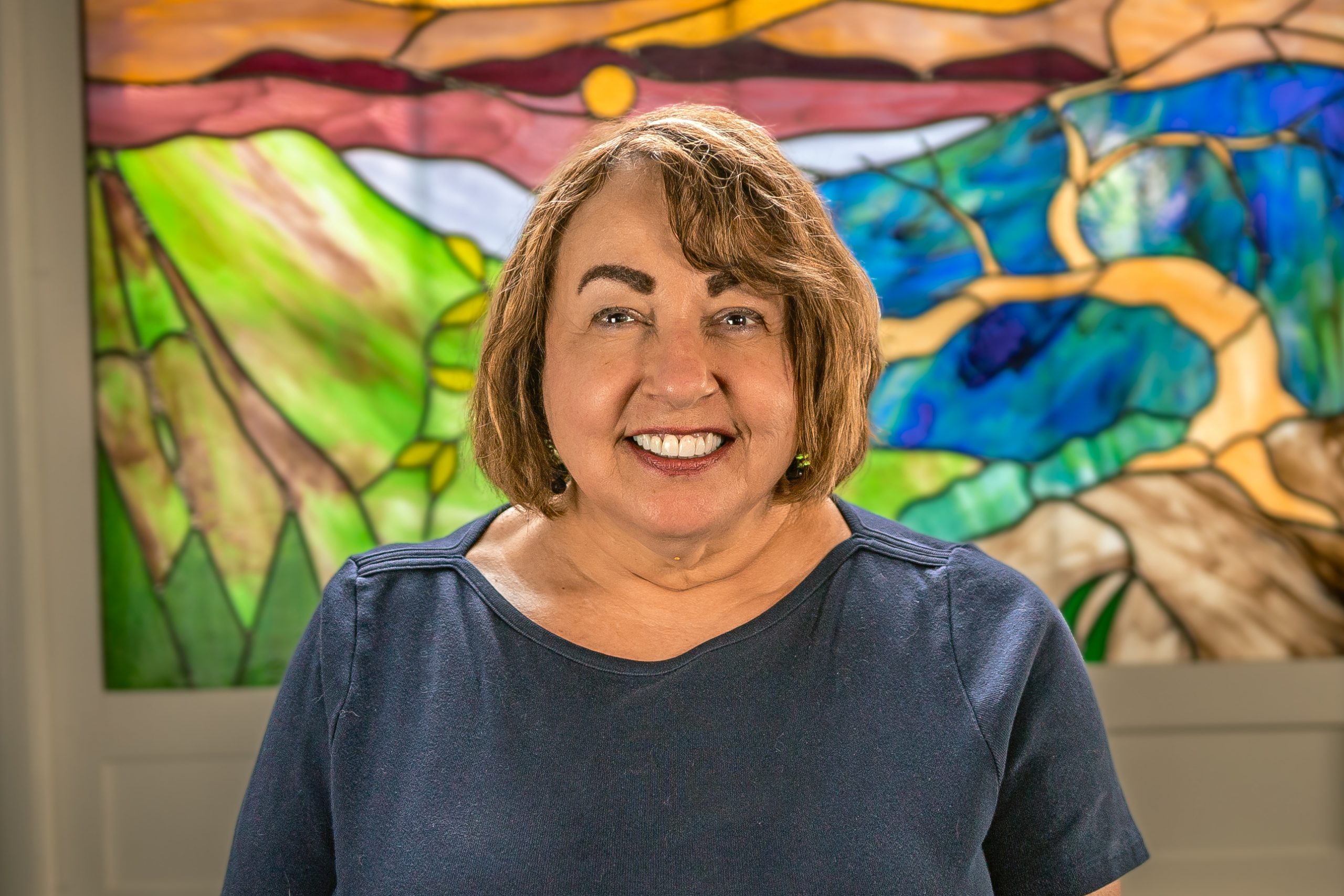 Bonnie Evans, LFD Coordinator
Office: 540-342-8888
Email: bevans@uuroanoke.org
Bonnie is available by appointment
Bonnie is a Roanoke native, who has been married 51 years to her husband Richard. Their two grown children and granddaughter live out of state. She loves working with children and youth, and she enjoys watching movies, reading, and laughing. 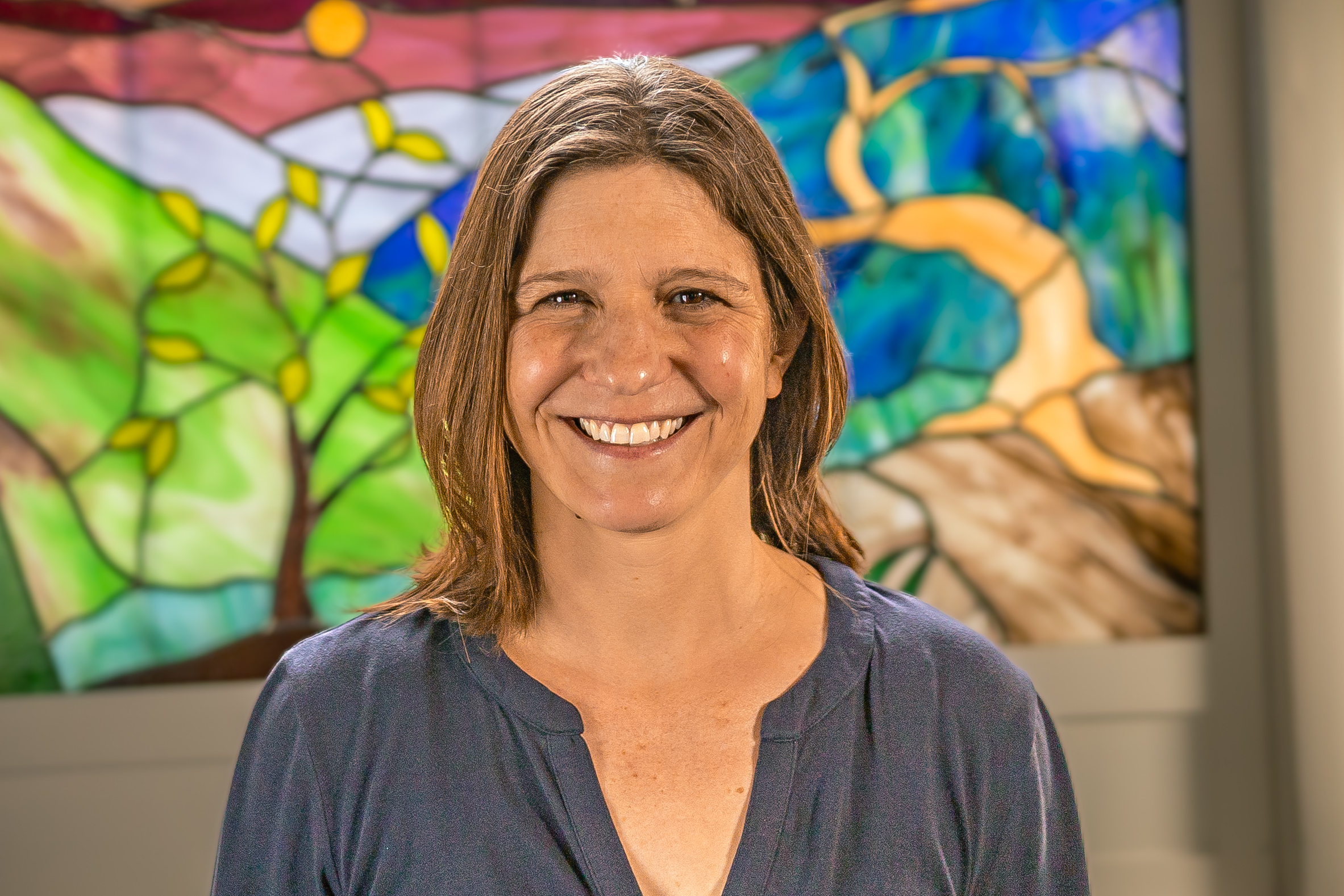 Kerry Morgiewicz, Music Director
Home: (540) 989-3190
Email: kmorgiewicz@uuroanoke.org
Kerry can meet by appointment
Choir on Wednesdays 7:15 pm.
Kerry Morgiewicz has been the Music Director at UUCR for 14 years. She loves the people here, and each year, she finds new and inspirational music to bring to the folks at UUCR. Kerry also works as an Instructor of Music at Hollins University and teaches private piano lessons. While her degrees are in piano performance, her heart resides in choral music and with UUCR choir, of course. Kerry often writes and arranges for the choir. Kerry and her husband Sev have twin boys, who make them very proud.

UUCR Board and Acting Board Members – As a self-governing religious organization, the congregation holds the Board of Directors accountable through the election process. Board members serve two-year terms, which are staggered for continuity. Each year at the Annual Meeting, a president-elect and new at-large Board members are elected to replace those who have completed their terms. The Board elects from its members a Personnel chair, and selects stewardship and governance committees. The Board may also create additional ad hoc or standing committees as needs arise. 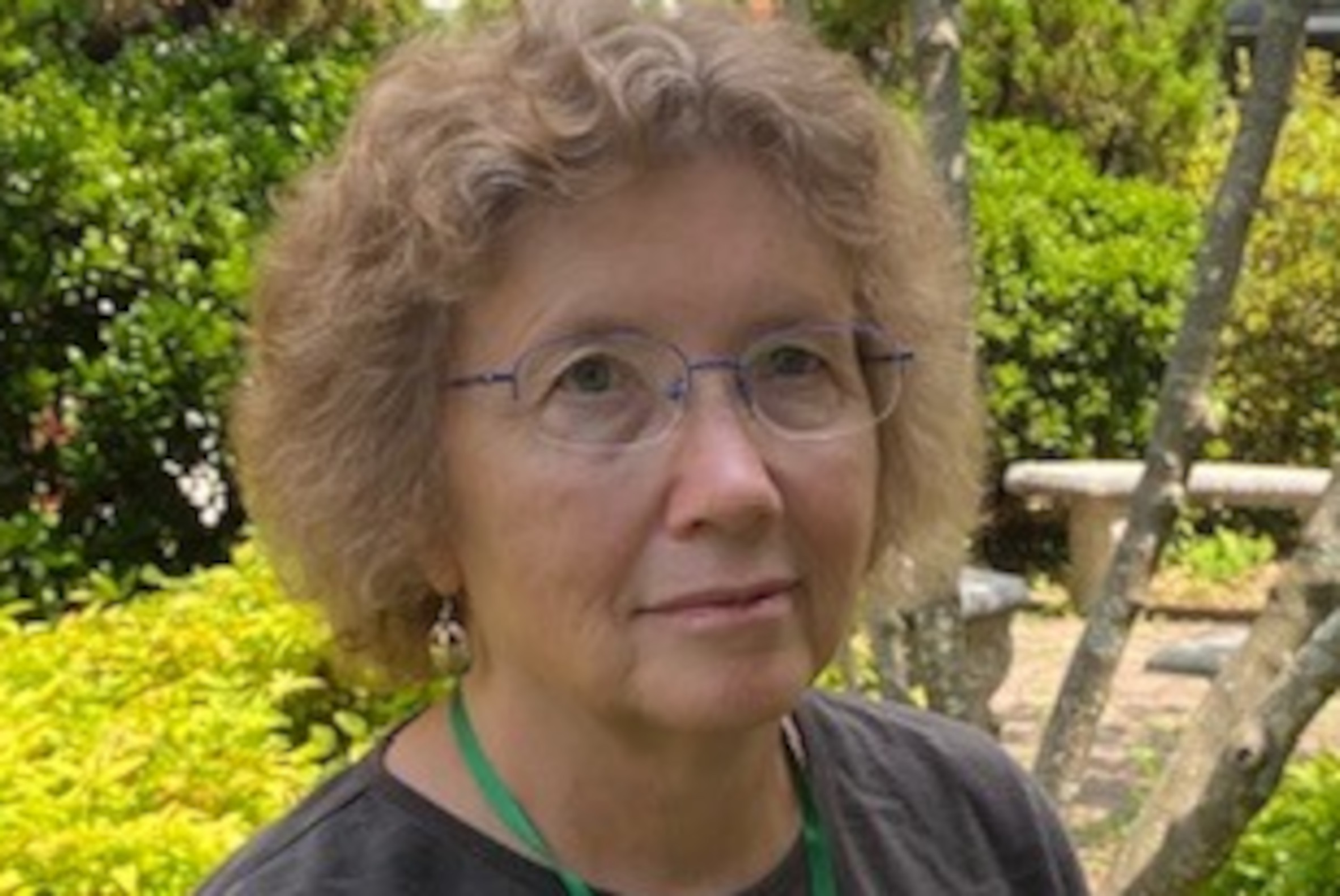 Katherine Hoffman, President
Katherine Hoffman came to choir practice one evening in the 1990s and has been at UUCR ever since. She has been a Board member since 2018. She recently retired after teaching English at Roanoke College for 30 years. A midwesterner by upbringing, she loves living in the Blue Ridge Mountains. She likes books, outdoor activities of all kinds, music, and travel. She learned to play the ukulele a few years ago and is a proud member of Still Frisky, a guitar-mandolin-uke band. She is married to Jerry Trammell, another longtime UUCR member. 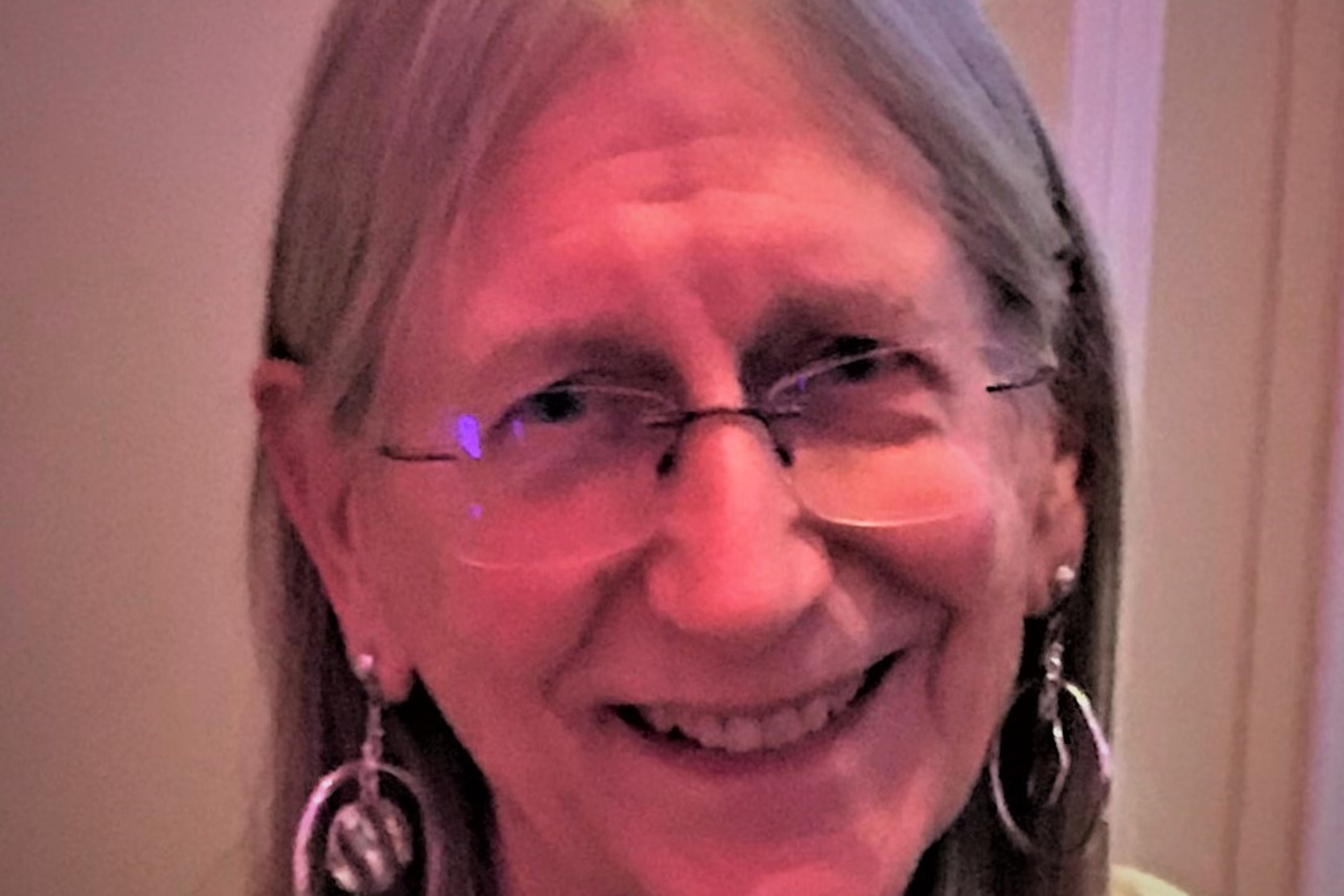 Erika Joyner, VP Finance
Erika brings 25 years of bookkeeping for small businesses and non-profits to her position as VP Finance. She helped found the Roanoke Diversity Center and served on their board as Treasurer for seven years. She is the current Treasurer of Ladies and Gents of the Blue Ridge Transgender Alliance which she also helped to launch. She is a published poet, musician and transgender woman whose self-realization has brought much joy and wisdom into her life. 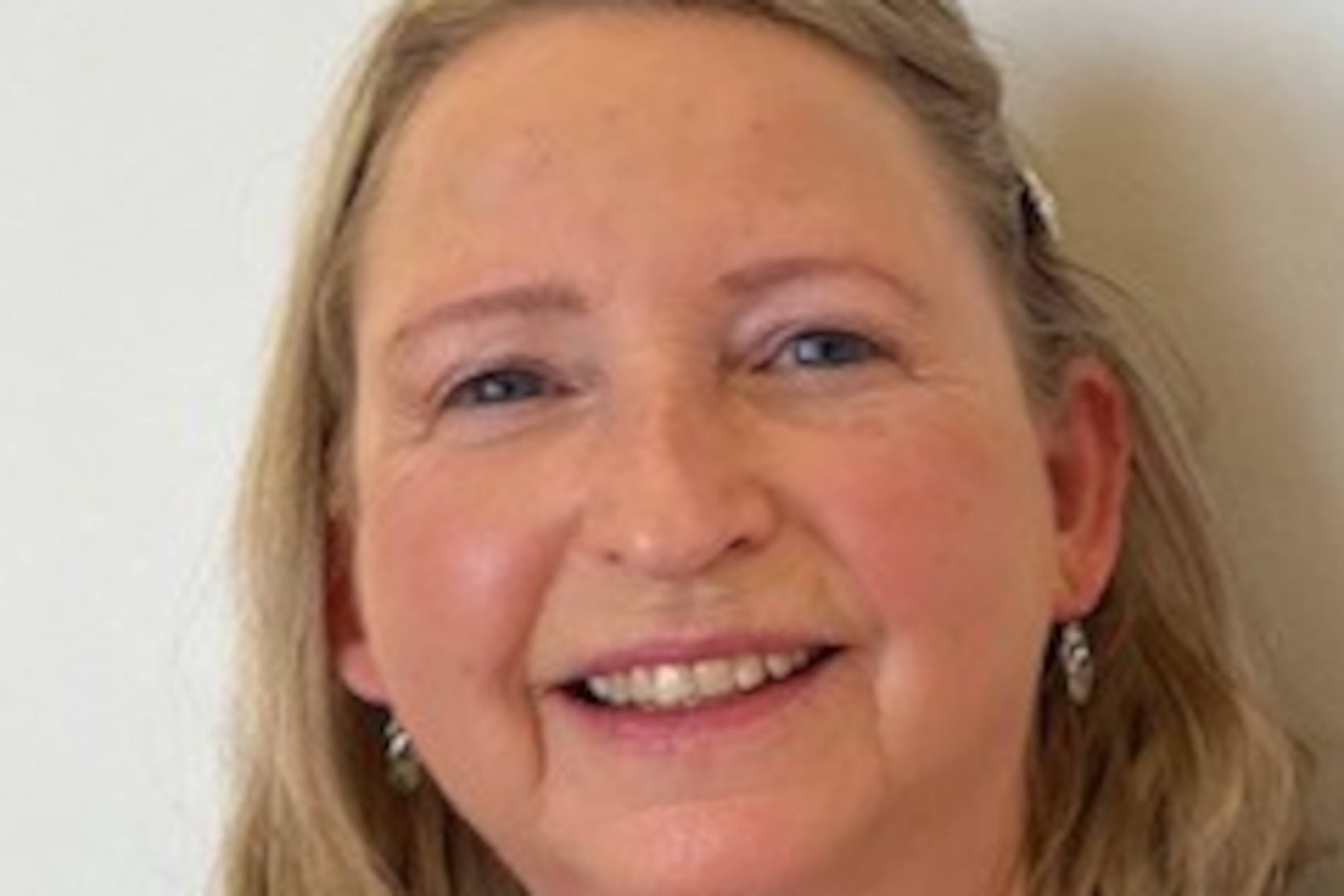 Lynn Yates, Board Clerk
Lynn Yates has been an active member of UUCR for more than 30 years.  She has previously served on the Board, the Ministerial Search Committee, and the Shared Ministry Committee, and is currently active with the Service Auction and A/V teams.  Before retiring in 2019, Lynn was employed with Montgomery County and Roanoke City School Divisions, first as an English teacher and then an Instructional Technology specialist.  Her personal interests include reading, painting, bird watching, bread baking, and spending time with her family. 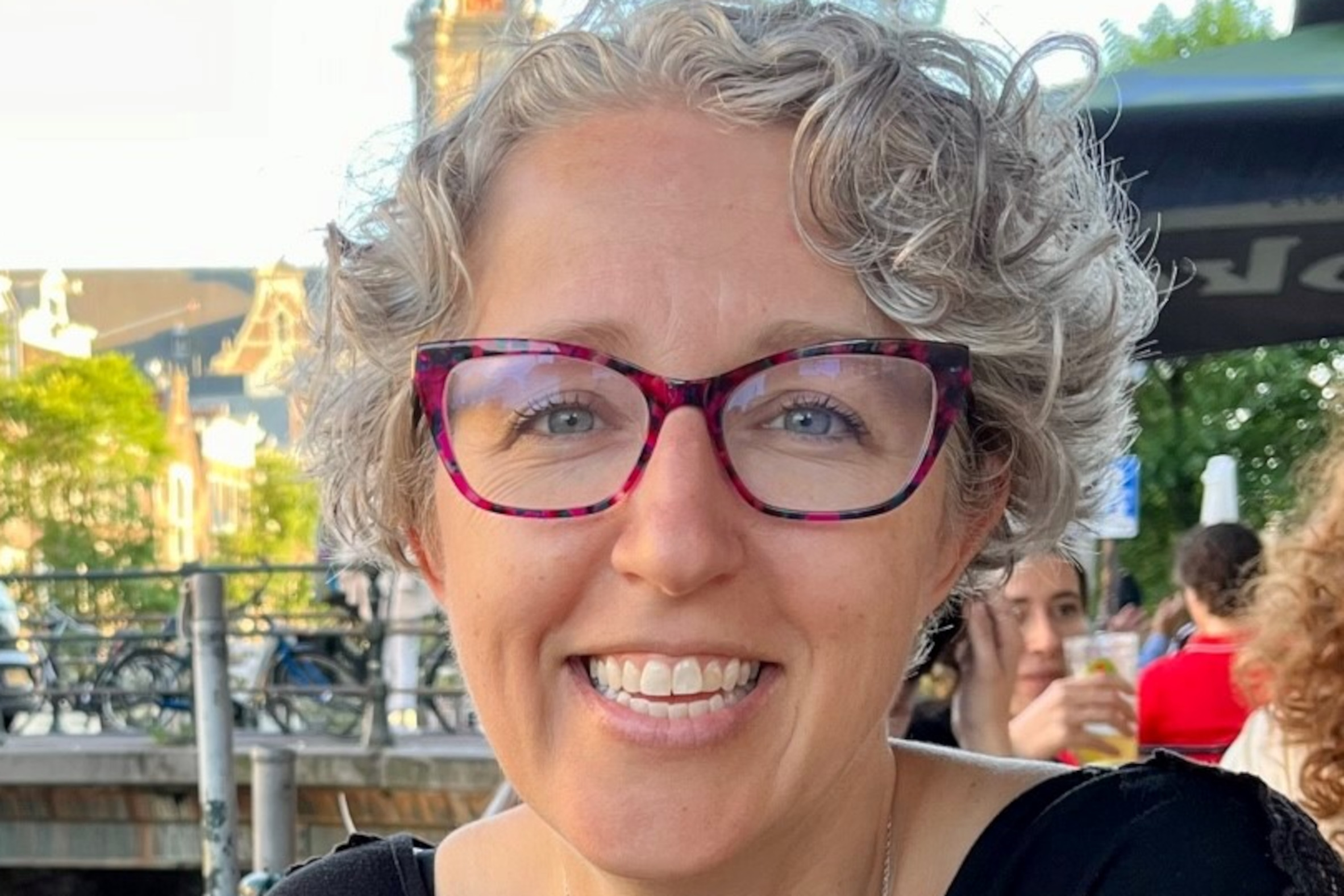 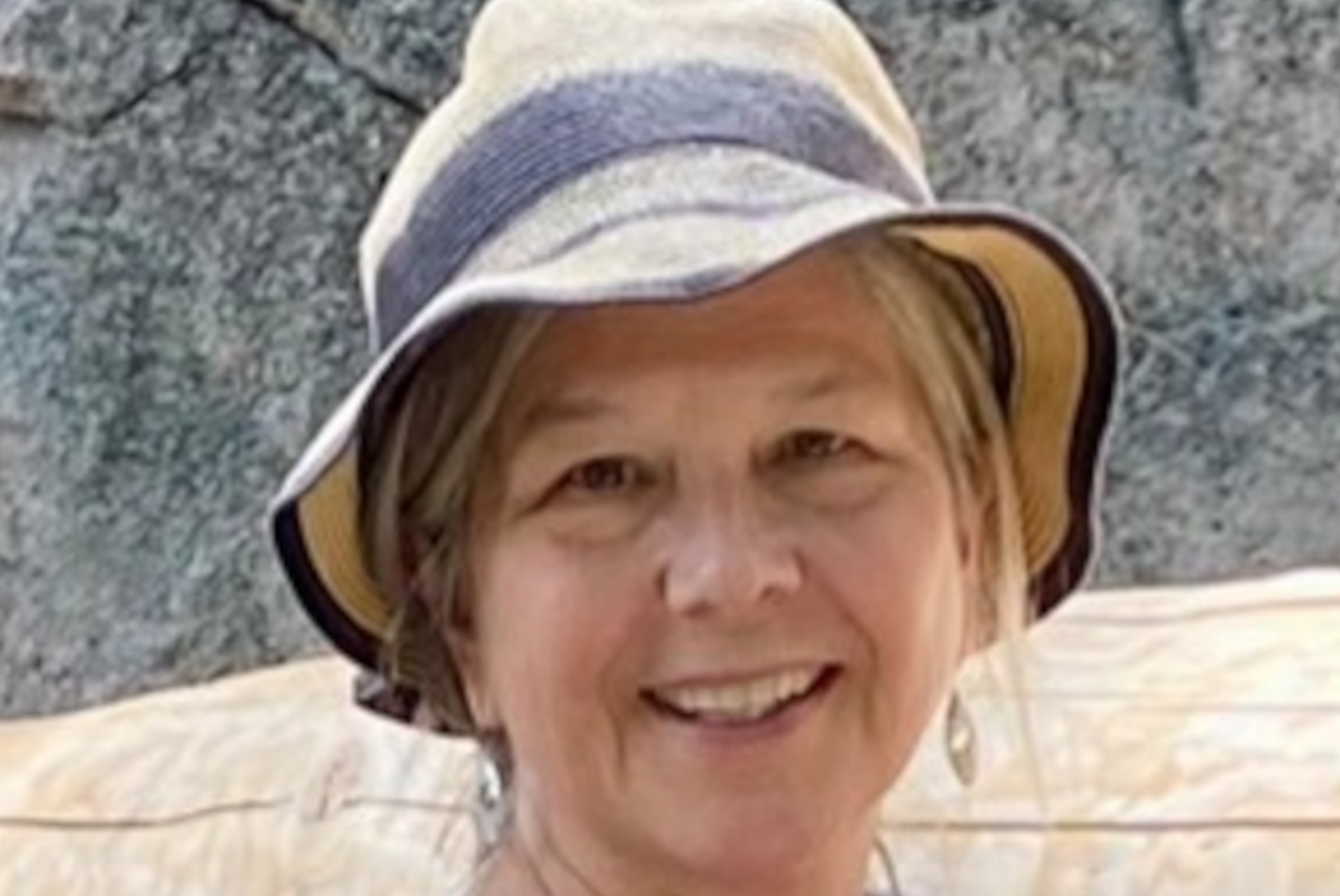 Sarah Divers, Member at Large
Being an army brat, Sarah grew up in several states, including PA, DC, GA, CA, and TX as well as foreign countries such as Taiwan, Vietnam and Australia. As an adult, she’s lived in AZ, FL, and Germany but considers herself to be a Roanoker. Her 40+ year career path was in the field of education, with a part time stint as a mental health clinician. Most of it was in the area of special education as a teacher and coordinator. She has a daughter and son who both live in the area and have families of their own. Her forever fiancé is Carl. They have 3 dogs and 2 cats. Her connection with Unitarian Universalism began in the 80’s when she joined UUCR. Her children were also a part of the UUCR community. After moving to Blacksburg, she was active in the New River Valley UU congregation. Since returning to Roanoke, she’s been active with the service auction and Shared Ministry Committee. She enjoys creaky knee hikes, Zumba, kayaking, gardening with friends, yoga, adventure / party planning, reading fiction, time with friends and family, as well as loving on her pets. 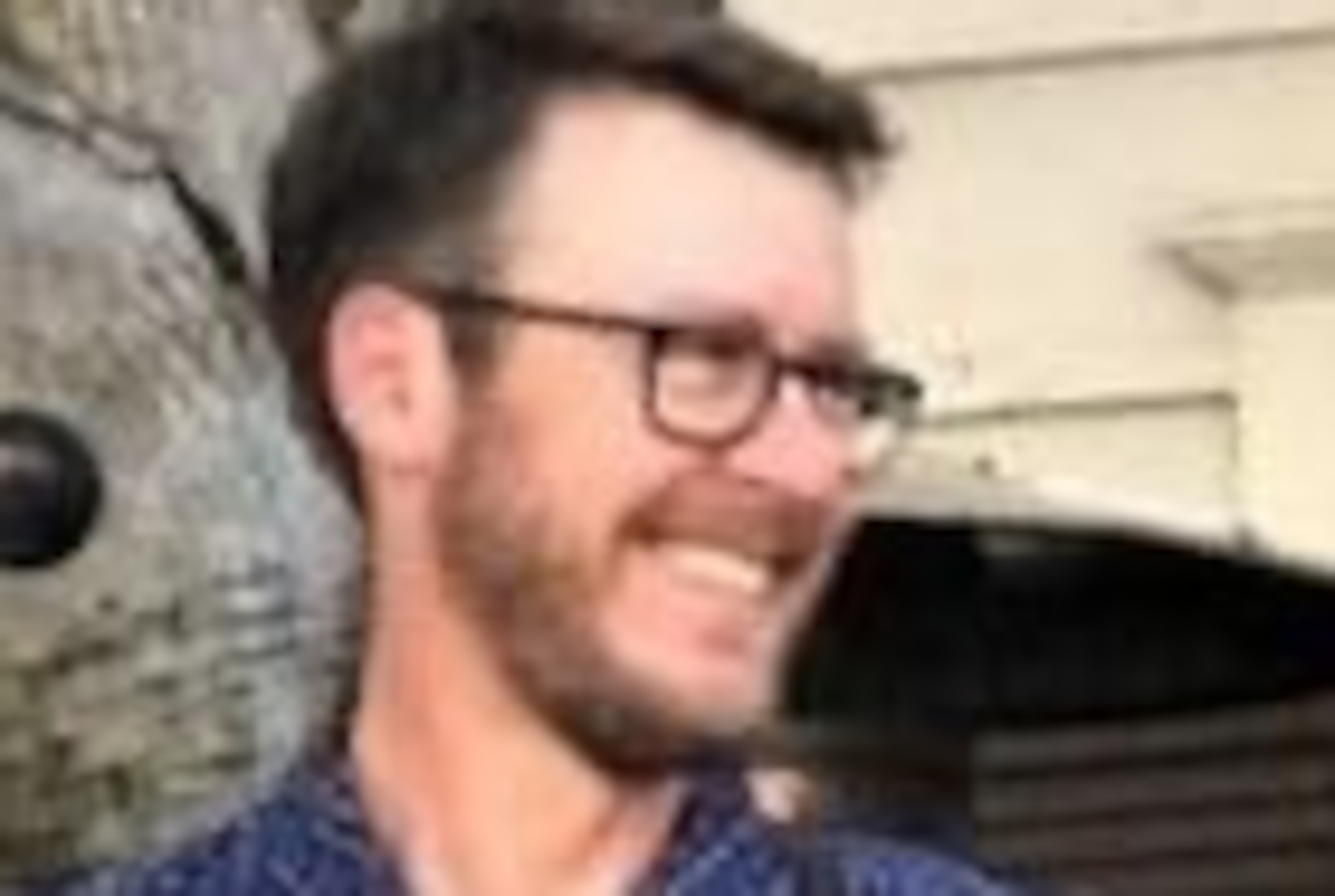 Matt Livingston, Member at Large
Matt grew up going to UU churches in New York and Pennsylvania. He visited UUCR for the first time in 2002 shortly after moving into a nearby house in the Grandin neighborhood with my wife, Lori. Previously, he was on the UUCR Board from 2005 – 2009.  He and Lori have two daughters (Frances, 14 and Beatrice, 11). For 20+ years, he’s worked at Novozymes, a Danish biotech company, in various technical and commercial roles on projects related to wastewater treatment. He plays the mandolin and you occasionally might see him playing music as part of the service or at various establishments around Roanoke. You might also see him running on the streets around the Grandin neighborhood or the Roanoke Greenway. He’s recently taken up swimming and joined the Olympic Park summer swim team with his daughters and loves it! He’s an enneagram 3, “achiever”. His Myers-Briggs personality type is ENTP. 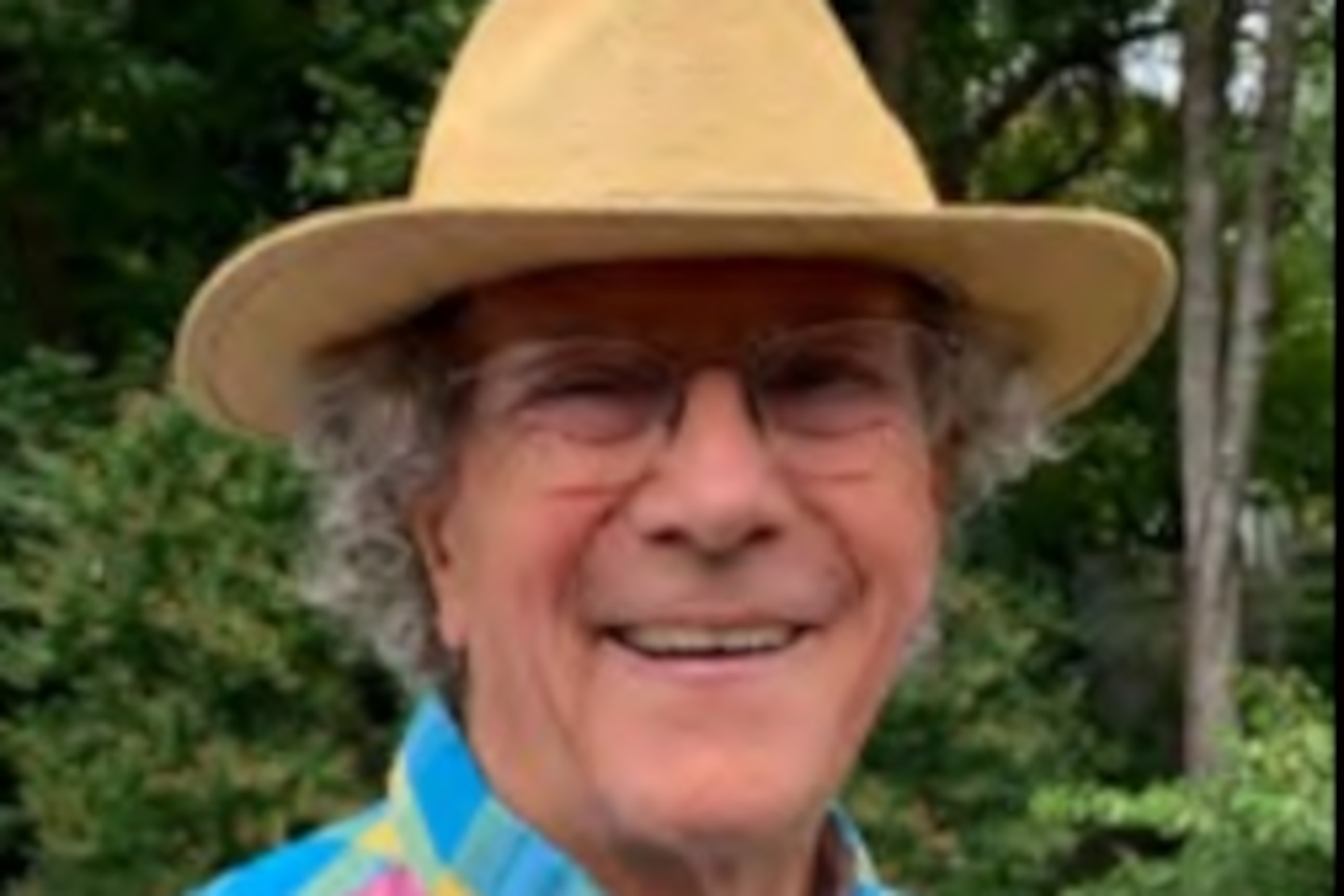 Walker Hartman, Member at Large
Walker joined UUCR 4 years ago and enjoys and culture and faith life of our congregation. He’s in his second-year term as an at-large member of the Board. He recently turned 80 and is in his 3rd age.  He retired from a career in sales, marketing, and customer service.  He’s an enneagram 7, “enthusiastic visionary” and is trying to embrace his place as an idea person. He was born and raised in Oklahoma and has been in Roanoke for over 40 years. He has three adult children and two granddaughters. 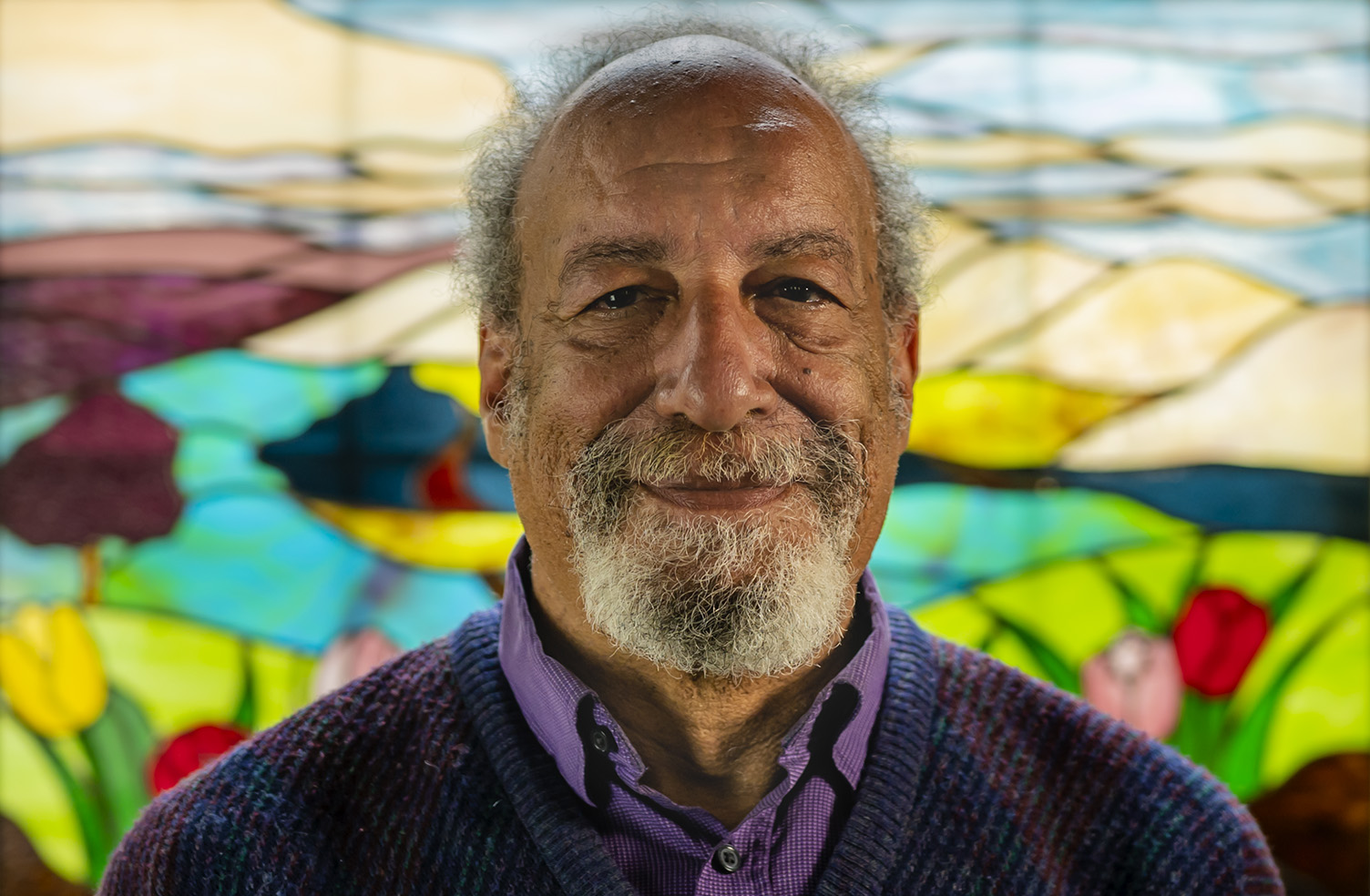 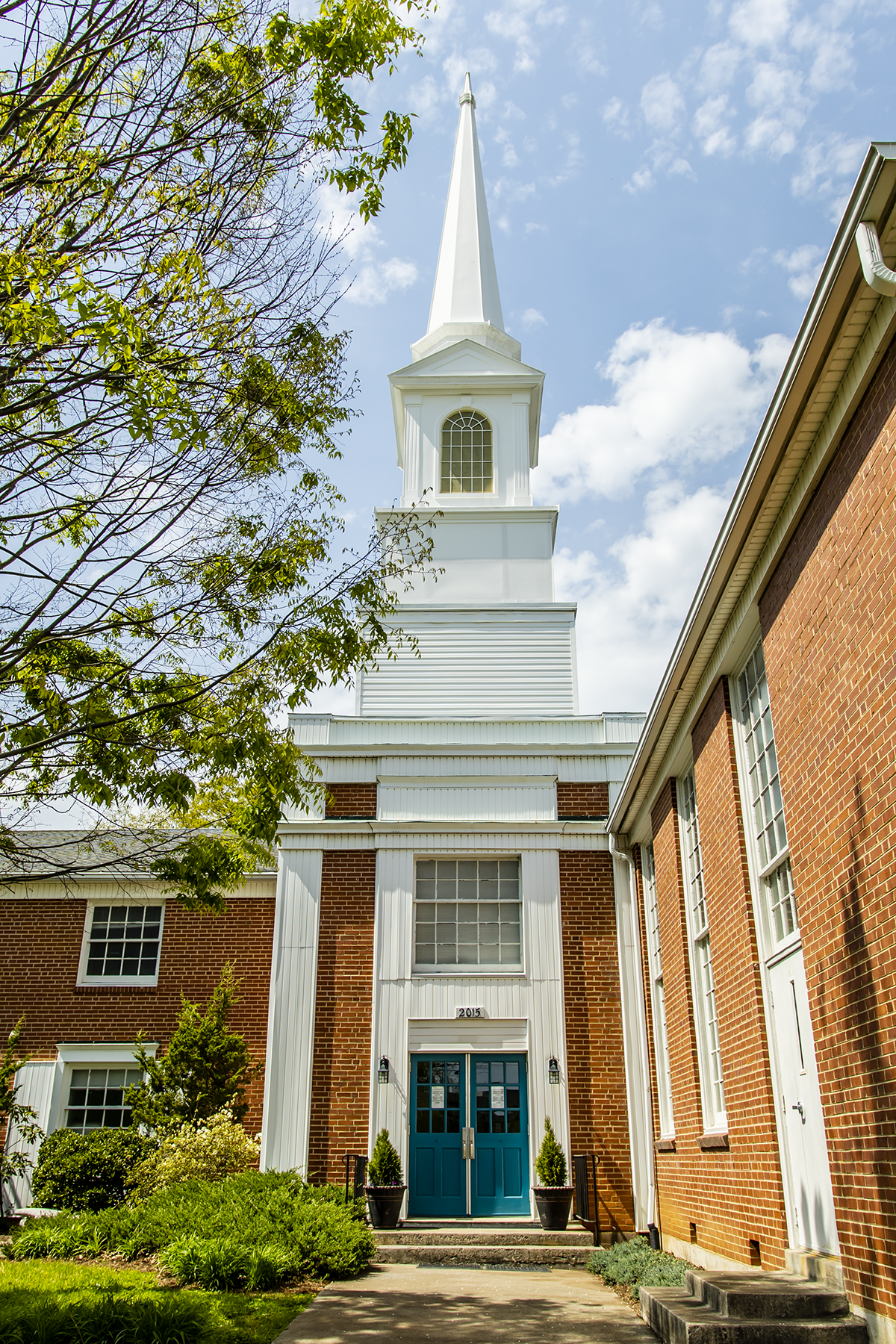 The main entrance, with steps and a handicap ramp, faces Grandin Road.  A single-level entrance is accessible via the alley located behind the church. You may pull up to the door; the drop-off area is directly behind the staircase.

Parking, including handicap spaces, is located in our main lot. Overflow parking is available in the grassy area directly across the street from the church. Please leave the alley along the fence accessible. In addition, Patrick Henry High School has graciously allowed us to park in the section of their lot closest to Grandin Road when school is not in session. Please be careful crossing the street.

Parking on the neighborhood streets is prohibited, with towing at owner’s expense. This is per city ordinance. 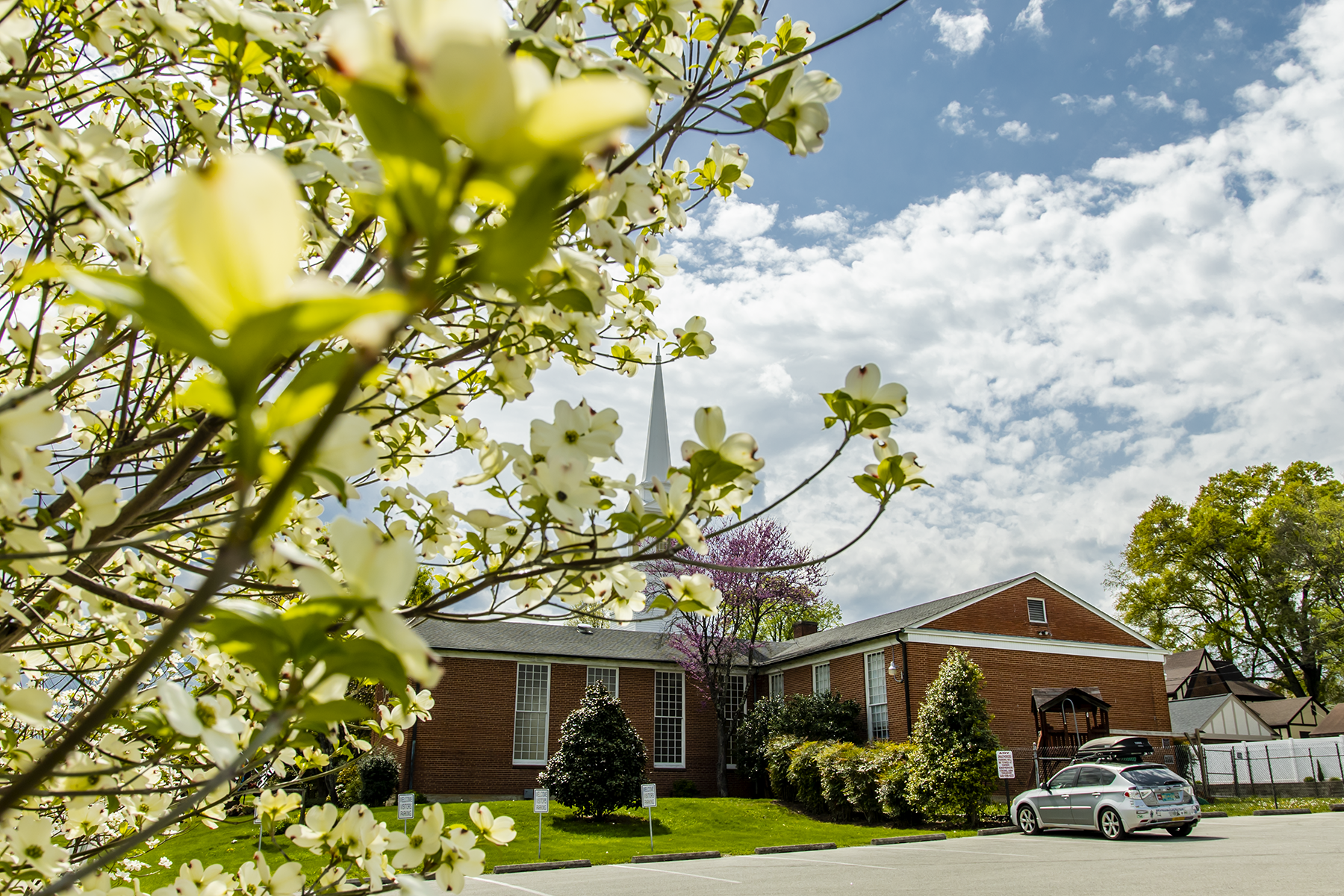